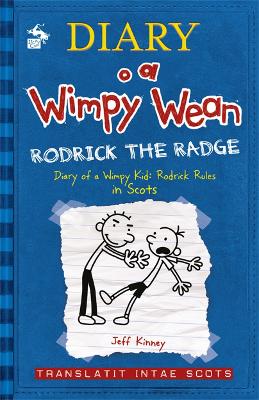 Rodrick Rules is the hilarious sequel to the bestselling and award-winning Diary of a Wimpy Kid. Rodrick Rules was also a major movie hit at the box-office. Now available in Scots for the first time, this new translation from Thomas Clark follows on from the hilarious bestselling translation of Diary of a Wimpy Kid, Diary o a Wimpy Wean, and is sure to delight Scots readers, new and old.

A Preview for this title is currently not available.
More Books By Jeff Kinney
View All