Doctor Who: The Good Doctor

Description - Doctor Who: The Good Doctor by Juno Dawson

An original novel featuring the Thirteenth Doctor as played by Jodie Whittaker, with Yasmin, Ryan and Graham

For a Good Doctor there's only one rule- first do no harm.

On the planet of Lobos, the Doctor halts a violent war between the native Loba and human colonists. Job done, the TARDIS crew departs - only for Ryan to discover he's left his phone behind. Again.

Upon returning, the Doctor finds that the TARDIS has slipped hundreds of years into the future - and that something has gone badly wrong. The Loba are now slaves, serving human zealots who worship a godlike figure known as The Good Doctor.

It's time for the Doctor to face up to the consequences of her last visit. With Lobos on the brink of catastrophe, will she be able to make things right?

Other Editions - Doctor Who: The Good Doctor by Juno Dawson 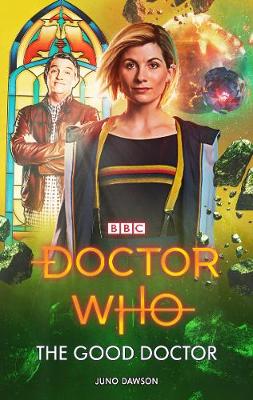