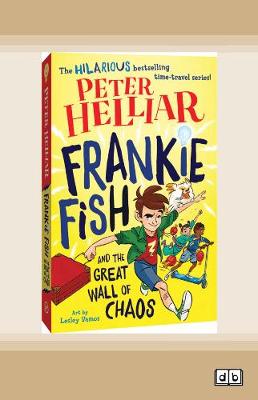 From Australia's favourite comedian and children's author Peter Helliar comes the second book in his best-selling Frankie Fish series! A hilarious time-travel adventure about mega-mischief, misbehaving grandparents, and one very naughty dogaEURO| Pranksters Frankie Fish and Drew Bird have got hold of Grandad's time machine, but it's no laughing matter. Grandad and Nanna have disappeared to 17th century China, and it's up to Frankie and Drew to save them! With the help of a mysterious new friend, the boys must overcome armed guards, giant dragons and one GIANT wall to get to the Emperor's secret prison. But even if they can get inside, how will they break Grandad and Nanna out - and get them home again? 'Frankie Fish & the Sonic Suitcase is full of the kind of kind-hearted hilarity that has made its author an Australian legend. A smart, funny, cheeky, time-bending adventure.' -Tim Minchin, creator of Matilda: The Musical. 'Frankie Fish and the Sonic Suitcase was full of laughs from the get-go, with delights sprinkled through for the adults too. The boys loved Frankie Fish right from the beginning and so did I!' -Holly Bidwell, reviewer 'Our younger kids' bookclub group read Frankie Fish and the Sonic Suitcase and thoroughly enjoyed it. All participants rated it 9.75 or above out of 10 [and] recommend it for anyone who can read! -Book Bazaar 'Like a fun mini-episode of Doctor Who if the grumpy old man was the companion instead of the Time Lord, and the young kid unwillingly dragged along in the adventure was the smart one!' -Dani Solomon, Readings.com.au 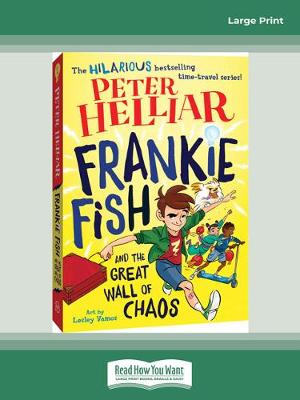 A Preview for this title is currently not available.
More Books By Peter Helliar
View All