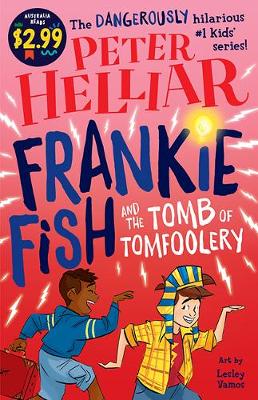 Frankie Fish is back in a very special mini adventure for Australia Reads!

When Frankie and Drew get in an argument about how Ancient Egyptians really walked, there's only one way to set the record straight: a quick time-travel adventure! But what happens when Frankie and Drew's precious Sonic Suitcase ends up buried inside a booby-trap-ridden pyramid? There's only one way to get it back - by going inside and hoping they can make it out again ...