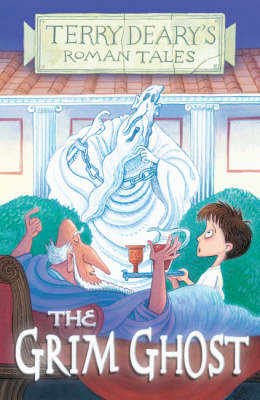 AD 113. The young boy Pertinax helps his grandmother prepare a feast in
Pliny's household. As all the workers are busy in the kitchen, the
young boy keeps Pliny company in the garden. He is told a story by the
great Pliny himself. The tale is of a terrifying ghost that haunted a
garden.
But there's no truth in ghost stories ... or is there?

Other Editions - The Grim Ghost by Terry Deary