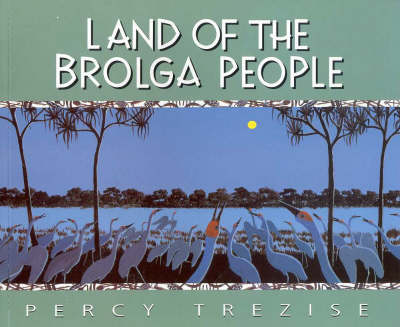 Land of the Brolga People

Description - Land of the Brolga People by Percy Trezise


the children of the Kadimakara have faced starvation and death, but there are more dangers ahead ... Jadianta, Lande and Jalmor rescued Wongabel from the Snake Men. they have travelled safely through the Land of the Kangaroo People to deliver Wongabel safely home to her people. the three Kadimakara children stay with the Brolga People, resting and playing games, before they take up their journey once more. As they travel through the Land of the Barramundi People, Jadianta points out the great, red sandstone mountain called Narabullgan which was made by Goorialla the Rainbow Serpent as he travelled north in Dreamtime. Jadianta tells them the story of the mountain and the Goanna Brothers. As they make camp for the night, a huge Wanambi snake attacks, but Jadianta spears it just in time. As they go to sleep a large comet comes from the south and Jadianta says it is Goorialla, lighting the way to their home in the north.

Other Editions - Land of the Brolga People by Percy Trezise