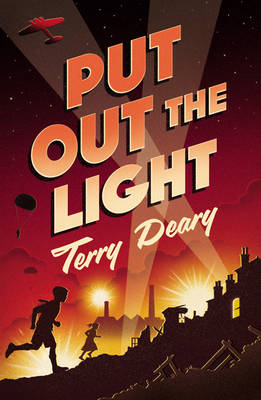 Put Out the Light

Description - Put Out the Light by Terry Deary

It's 1940 and war is underway. In Sheffield, England, a brother and sister set out to solve a mystery, brazenly believing that the air-raid signals are only false alarms. In Dachau, Germany, two boys come up with a bold plan to bring an end to the war and help a Polish prisoner escape. But when the bombs falling on Sheffield become a reality, and the German boys' plan hurls them unwittingly into the midst of the action, the children's adventures swiftly become a terrifying fight to survive.