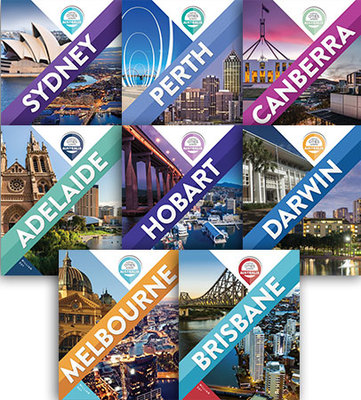 Capital Cities Across Australia - Set of 8

Description - Capital Cities Across Australia - Set of 8 by William Day