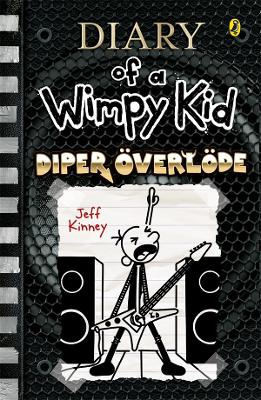 In Diper verl de, book 17 of the Diary of a Wimpy Kid series from #1 international bestselling author Jeff Kinney, Greg Heffley is finding out that the road to fame and glory comes with some hard knocks.

When he decides to tag along with his brother Rodrick's band, L ded Diper, Greg doesn't realize what he's getting into. But he soon learns that late nights, unpaid gigs, fighting between band members, and money troubles are all part of the rock 'n' roll lifestyle.

Can Greg help L ded Diper become the legends they think they are? Or will too much time with Rodrick's band be a diper verl de?