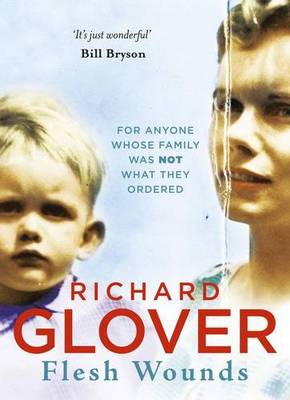 A mother who invented her past, a father who was often absent, a son who wondered if this could really be his family. Richard Glover's favourite dinner party game is called 'Who's Got the Weirdest Parents?'. It's a game he always thinks he'll win. There was his mother, a deluded snob, who made up large swathes of her past and who ran away with Richard's English teacher, a Tolkien devotee, nudist and stuffed-toy collector. There was his father, a distant alcoholic, who ran through a gamut of wives, yachts and failed dreams. And there was Richard himself, a confused teenager, vulnerable to strange men, trying to find a family he could belong to. As he eventually accepted, the only way to make sense of the present was to go back to the past - but beware of what you might find there. Truth can leave wounds - even if they are only flesh wounds.Part poignant family memoir, part rollicking venture into a 1970s Australia, this is a book for anyone who's wondered if their family is the oddest one on the planet. The answer: 'No'. There is always something stranger out there.PRAISE FOR FLESH WOUNDS'Both poignant and wildly entertaining' - SYDNEY MORNING HERALD'A new classic ... a breathtaking accomplishment in style and empathy' - THE AUSTRALIAN'Heartbreaking and hilarious ... I couldn't put it down' - SUN-HERALD'Engrossing and extremely funny' THE SATURDAY PAPER'Not since UNRELIABLE MEMOIRS by Clive James has there been a funnier, more poignant portrait of an Australian childhood.' - AUSTRALIAN FINANCIAL REVIEW'Richard Glover has done the miraculous he's made ordinary family life extraordinarily entertaining' - AUGUSTEN BURROUGHS'Sad, funny, revealing, optimistic and hopeful' - Jeanette Winterson 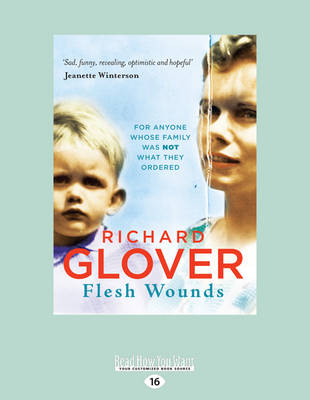 Alexandra Park Prize Essays. Essays on the Capabilities and Development of the Alexandra Park. by R. G., and M. A. Morel. with Selections from Other Essays Received by the Committee. Edited by B. Ringrose
Richard Glover
Paperback , Mar '11
RRP: $44.39 $39.95