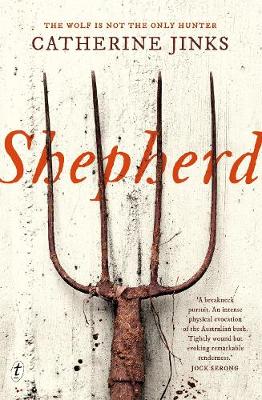 My father trained me to silence the way he trained his dogs, with food and a cane. Speech, he said, was poison. It scared the game, alerted the gamekeepers and betrayed your friends and family.

Tom Clay was a poacher back in Suffolk. He was twelve when he was caught, tried and transported to New South Wales.

Now, assigned to a shepherds' hut out west, he is a boy among violent men. He keeps his counsel and watches over his sheep; he steers clear of blowhards like the new man, Rowdy Cavanagh. He is alert to danger, knowing he is a foreigner here: that the land resists his understanding.

The question is: how fast can he learn?

Because a vicious killer named Dan Carver is coming for Tom and Rowdy. And if Tom can't outwit Carver in the bush - and convince Rowdy to keep his stupid mouth shut - their deaths will be swift and cruel.

This riveting, fast-paced new novel from the multi-award-winning Catherine Jinks brings the brutality and courage of Australia's colonial frontier vividly to life - and sees one of our master storytellers at the peak of her powers.