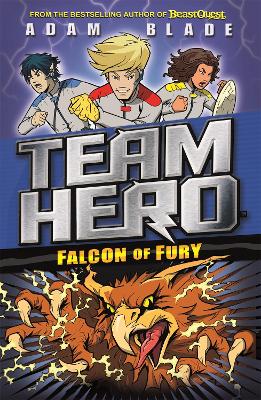 X-Men meets Beast Quest at the school for superheroes! An epic new adventure series from bestselling author Adam Blade - with amazing comic-book style illustrations. The majestic flying beast that watches over the Avaretti has been taken over by the forces of darkness. Join Team Hero abroad a fighter plane for an epic battle in the skies!There are FOUR thrilling adventures to collect in this series - don't miss out! Book 1: Fight for the Hidden City, Book 2: Scorpion Strike, Book 3: Falcon of Fury, Book 4: Rise of the Shadow SnakesAnd don't forget Adam Blade's other series: Beast Quest and Sea Quest