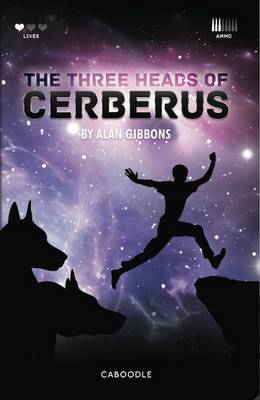 The Three Heads of Cerberus

Description - The Three Heads of Cerberus by Alan Gibbons

What if you downloaded a computer game from the internet? What if the game knew who you were and set up a meeting with its designers? Would you go? Would you dare? That is the dilemma facing Henry Kwok, an ordinary Hong Kong schoolboy. His choice takes him on an epic journey across the universe. Read these three stories by award-winning author Alan Gibbons and join in the adventure. Extract: I was posting rubbish on Facebook when I got this weird pop up. It was the monster of myth, Cerberus, the three-headed hound that guards the gates of the Underworld. I clicked on impulse and I found myself on the start up menu of a game. It had me hooked right away. I got to the end of the first level and it asked me to fill out an online form. My parents have always said I shouldn't give any details out to people on the Net. They're always going on about online safety, but man, this was addictive. It was the best game ever. You hear people say they've played some realistic games, but there has never been a game like this. It is as if the room dissolves around you. Reality melts away and all that's left is your computer game character fighting for his life in an alien world.

A Preview for this title is currently not available.
More Books By Alan Gibbons
View All