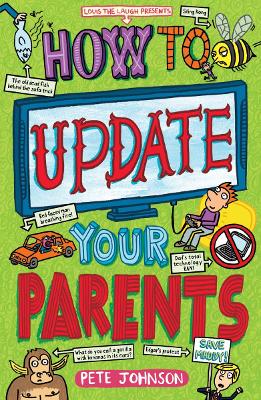 How to Update Your Parents

Description - How to Update Your Parents by Pete Johnson

When Louis's parents decide that he spends too much time "glued to screens" they come up with their worst idea ever to ban him from using iPads, computers and phones. Louis needs a plan to fight back, and fast! Can his best friend, Maddy, come to the rescue? AGES: 7 11 AUTHOR: Pete Johnson began work as a film critic for BBC Radio 1 before becoming a teacher and then a writer. He is the author of over 40 books, including the bestselling 'How to Train Your Parents'. His books have won various awards, including the Young Telegraph Award and the Brilliant Book Award, and have been translated into 24 languages. SELLING POINTS: Award-winning author Fabulously funny and filled with hilarious moments that all children will identify with Unisex, wide age-range appeal Continues established series.

Buy How to Update Your Parents by Pete Johnson from Australia's Online Independent Bookstore, BooksDirect.

A Preview for this title is currently not available.
More Books By Pete Johnson
View All